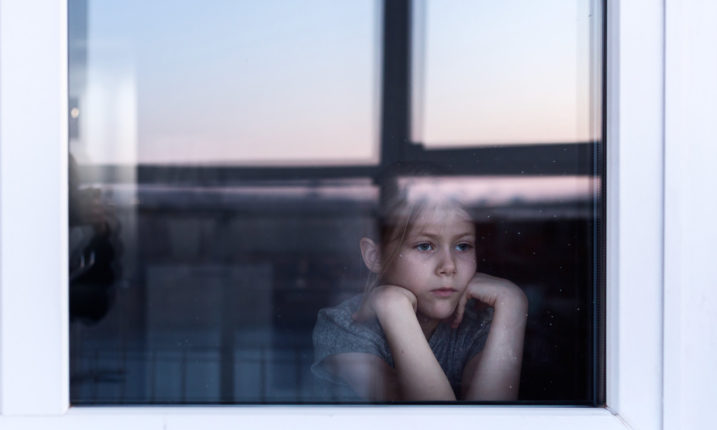 The Ofsted report suggests that it has.

Written by Sarah Waters who is an adult psychotherapist who also specialises in Dyadic Developmental Practice (DDP) 1 which is attachment focused family therapy.  She is a member of  HART Group 2 (Health Advisory Recovery Team) and is on the steering group of Therapists for Medical Freedom3. Both include psychological experts that share concerns about policy and guidance relating to the COVID-19 pandemic.

Ofsted published their latest briefing on the implications of the pandemic on children on April 4th 2022 with the focus on early-years providers. It makes sobering reading.

Children’s physical health has been the least affected by Covid, but what has harmed them the most has been the early-years providers’ response. Highly questionable governmental policies, implemented supposedly to ‘stop the spread’, have damaged the most vulnerable in our society. Most people were made so fearful that they took up these procedures without reflection, and transferred their anxieties onto the young. In the panic, emotional health risks were eclipsed by physical health risks in the minds of many; this mirrored the government, health services and mass media’s exclusive focus on death rates. Children have a 99.995% survival rate but have had their personal, social and emotional development significantly delayed by those who are meant to protect them. They have followed guidelines based on questionable science fanned by fear and with no apparent critical thinking.

The Ofsted briefing makes for grim reading. Those who work in the field of healthcare, childcare, education, child development and trauma should, from their training, be aware of how crucial those early years are with regards to brain development. Yet practices continue to be adopted that are profoundly damaging for young children. Face masks, lockdowns, social distancing, social isolation, constant fear messaging, inconsistent/erratic childcare provision, parents being stopped from entering premises to drop off and pick up their children. This list is the antithesis to what young children need to develop into healthy, happy, secure members of society.

It is hugely dispiriting to see face masks worn around babies and young children. The subsequent damage to our infants – as described in the Ofsted briefing – was foreseeable:

‘Children have limited vocabulary or lack of confidence to speak. Also, some babies have struggled to respond to basic facial expressions. Providers reported that babies were particularly anxious and not used to seeing different faces and many noticed delays in children’s speech and language processes’.

Being able to see full faces is vital to the healthy development of children’s brains. Blank expressions are highly confusing and disorientating. Undoubtedly, this will often have significantly undermined the bonding and attachment process between parents and their babies, potentially leading to serious negative effects upon the mental health of the latter, or both.

‘Some providers continue to notice delays in babies’ physical development with delays in them learning to crawl and walk. Some reported that children had regressed in independence and self-care skills. Plus, one provider commented that children appear to have spent more time on screens and have started to speak in accents and voices that resemble the material they have watched’ Of course those that are suffering the most ‘are already identified as being the most disadvantaged’.

Additional damning reports and data are being released on an almost daily basis outlining further damage that has been done to the next generation by the 2-year pandemic of fear. These include:

It is shameful that child psychotherapists have not – bar a few – spoken up to protect the precious emotional lives and delicate brain development of children. Similarly, it is remarkable that the adults entrusted with their care and protection have allowed children to be treated in this way. That parents have typically colluded with it is further testimony to the power of fear in influencing behaviour.

In an article that I wrote for HART in October 2021 entitled, Can a Trauma Informed Approach and Adherence to Covid-19 guidelines ethically co-exist?, I document at length how the response to the pandemic will profoundly impede children’s emotional development and that those professionals and carers who are ‘trauma-informed’ needed to recognise this and challenge the abusive policies. Regrettably, this prophecy of widespread harms to our children was an accurate one. While it may be too late for those already affected, it is not too late to make sure these policies are never inflicted upon our children again. Using the young as human shields to protect the adults in this way is anti-social, abusive, and unscientific; it must never be repeated.

Therapists for Medical Freedom is a collective of Counsellors, Psychotherapists, Psychologists and associated therapeutic professionals.

We are deeply concerned about the growing use of medical coercion and the loss of civil liberties as part of the international response to managing the COVID-19 pandemic.